Former Finance Minister Abul Maal Abdul Muhith There are currently 8 banks in the country. Which is more than the economy and population of the country. Therefore, he has given his opinion in favor of breaking up the banks and converting them into 20.

He made the remarks in an interview with a top media outlet in the country on Wednesday (June 12th). He said the paid-up capital of a bank should be increased from Tk 400 crore to Tk 1,000 crore and the number should be brought down to 20 by consolidating the banks. 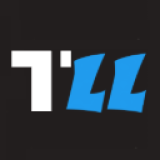